Ingame.de – Hello Mr. Norris, we hope you and your family are staying safe and doing well in these difficult times. Thanks a lot for taking the time to answer these questions from the ingame editorial staff! We really appreciate this unique opportunity!
During your extraordinary career you have worked on quite a few large-scale productions and AAA projects. Can you tell us what‘s so special about your newest gaming-related project with the guys from Wargaming?
Chuck Norris – As I was in the armed forces, World of Tanks is close to me. Instead of magic spells, people fight with historical armored vehicles there. You can both have fun and learn something about history. In fact, it’s the largest virtual tank museum in the world. And you can try every exhibit out in combat.
Ingame.de – Considering your extensive experience in movie productions, can you imagine a World of Tanks feature film and if so, would you like to play the lead? Who of your fellow actors would be best suited for the supporting cast and who would be directing?
Chuck Norris – Absolutely, a World of Tanks film—would this be Epic. I would invite Sly, Arnold, my best actor friend Marsall Teague and my son Dakota Norris to join me in the cast.
Ingame.de – We have been told players can get an in-game Chuck Norris to lead their crew. You did the voiceover for the digital Chuck. Was this your first experience voiceacting a video game character and did your military background inform your voiceacting decisions in any way?
Chuck Norris – There were about 260 phrases to record for the in-game version of myself. Along with the usual commander lines (“We’re hit”, “That shell bounced” etc.), the guys at Wargaming created a whole heap of customized ones especially for me, which was amazing. It was great to be given my own lines that are unique to Commander Chuck. One of my favorites is “Even venomous snakes die when they bite me. The enemy has no hope.” In World of Tanks, you can hear this at the start of battle when you have me leading your crew.
And yes, this was my first experience of voicing a video game character, but my military experience really helped out as there’s tons of military phrases and tank vocabulary.

Chuck Norris: „I play a kind of holiday guardian in World of Tanks. I come to restore order and also to boost the fighting spirit of the players.“

Ingame.de – The Chuck Norris in game has special abilities at his disposal (like every crew member), would you have preferred to give your character a unique Chuck Norris “move” and if so what would players be able to do with your character?
Chuck Norris – As you may know, my roundhouse kick is somewhat of an internet legend. So I’d love to have my own in-game skill which emulated this: the vehicle’s turret would spin around quickly, all while dealing a devastating blow to any nearby enemies. But then again, when you’ve got Chuck Norris leading your crew and commanding your tank, you’ve got to give your opponents at least a slither of hope!
Ingame.de – On top of the amazing Chuck Norris-related in-game content and goodies there will be a very special live action trailer to promote the Holiday Ops 2021 event. Can you give us some insights into the idea and production behind it?
Chuck Norris – Each year, World of Tanks holds the Holiday Ops event. It is valued for its special atmosphere and gifts. Millions of virtual tankers all around the world log in to participate. This time, they will be joined by the virtual me. Also, in the video promoting the event, I play a kind of holiday guardian in World of Tanks. I come to restore order and also to boost the fighting spirit of the players. World of Tanks people organized the shoot in Dallas, it lasted for 2 days. On the first day, we recorded the voiceover for Commander Chuck. We also held a photo session for the promo campaign.
On the second day, we shot the video itself. It features the New Year celebration in a small mountain town. The locals enjoy the festive atmosphere and gifts but suddenly a cat gets stuck in a great fir tree. To save the animal, I lift a large tank. The cat safely slides down on the tank’s barrel. I save the day, and the players are welcomed to the celebration. Despite the restrictions because of Covid, I really enjoyed the shooting for the video a lot. I hope that for World of Tanks players this video will bring festive atmosphere and they will be amazed by the surprise we prepared for them with the Wargaming team.

Holiday Ops 2021 are coming to World of Tanks! This year, the magic of the holidays has arrived in a mountain town, & we're already celebrating.

Everything would have gone fine, if not for one fluffy mischief-maker. Is there anyone out there who can save the day? pic.twitter.com/53Ope54Vif

Chuck Norris: „When you’ve got Chuck Norris leading your crew and commanding your tank, you’ve got to give your opponents at least a slither of hope!“

Ingame.de – Seeing Chuck Norris in a tank is going to be quite the experience for most fans. How do you feel about commanding a tank, even if it is just a video game one, and can you perform a roundhouse kick inside it?
Chuck Norris – They say I’m the only person able to do a roundhouse kick sat down, so what do you think? Truth be told, it’s a little bit more cramped inside a tank, but I’m Chuck Norris, I make the impossible possible!
To answer your question, yes, I can. There’s one downside though: my legs were actually tougher than the steel beast, so I took the turret clean off… the tank looked like it had been ammo racked. After that, I’m guessing it might be the last time I’m invited inside a tank. (smiling)
Ingame.de – Most of your movies, as well as this partnership with Wargaming & World of Tanks, hint at your personal connection with the military that goes far beyond a mere job. Can you tell us about your military experience and the impact it had on your life?
Chuck Norris – I joined the Military right out of high school and it helped me grow up and prepared me for adulthood. While being stationed in Korea, I became a black belt in Martial Arts. It’s because of my Martial Arts background and success as a 6-time undefeated world middleweight karate champion that I became an actor and then becoming an actor has allowed me great success in film and TV. That success has brought about this great partnership with Wargaming and World of Tanks.

Ingame.de – During the Holiday Ops 2021 event, players can find your digital alter ego in their festive garage. How did the virtual Chuck Norris come to life, did they 3D scan you?
Chuck Norris – The guys at Wargaming provided me with assets at all stages of creation, including my in-game 3D character. So, I saw everything from the initial sketches up to the finalized model that’s fully animated and moving. The process was a bit more of a challenge, of course, due to the restrictions, but from my perspective, the character turned out to be very much like me. I can’t tell you how satisfied I am with the result and I can’t wait for all the World of Tanks players to meet me in-game, all 160m of them!
Ingame.de – On March 10th of this year you turned 80 – a belated happy birthday from our team! How did you celebrate and is Chuck Norris still in shape to do a roundhouse kick and the splits, if we may ask?
Chuck Norris – Chuck Norris doesn’t celebrate birthdays. Brithdays celebrate Chuck Norris! Ha! Ha! Training has been part of my life for more than 60 years. It is part of who I am and I will continue training for the rest of my life. I would encourage everyone to stay active for life.
Ingame.de – You might not be aware of this but your German voice actor (Jürgen Kluckert) coincidentally made you pretty popular with a lot of German children, since he also voices Mister Crabs (SpongeBob SquarePants) and Benjamin the Elephant. Have you guys ever met in person? And how do you feel about his voice acting?
Chuck Norris – I have never had the privilege of meeting Jürgen. I really appreciate hearing about his fantastic work and making me sound great in German. I hope to meet him one day. Maybe at a Comic Con in Germany.
Ingame.de – Let’s talk about the Chuck Norris “facts” you can find spread across the internet. Over the years Chuck Norris has become an absolute legend of western internet culture. Are there any Chuck Norris-related facts that you are particularly font of or potentially even one that not a lot of people know?
Chuck Norris – There are lots of World of Tanks facts featuring me, made by players. My favourite is: “Chuck Norris doesn’t play World of Tanks, as he’s already completed it”. (Which isn’t in fact possible, due to the game being online and updated regularly.) I believe that after my World of Tanks collaboration the number of Tanks-themed Chuck Norris Facts will multiply :)
Ingame.de – Thanks again for the time and effort you put into answering our questions and for shedding some light on the fascinating partnership with Wargaming! 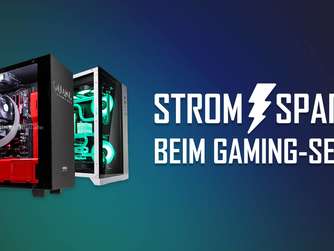